At 215 miles in length, the river Thames is the longest river in England. Running alongside it for 184 miles, is the Thames Path, a long distance walking trail. Today I’m going to tell you about one of my favourite sections. Covering just 2 mile, this walk takes you through Battersea park riverside, along Chelsea Embankment and across two beautiful bridges. Chelsea Bridge and Albert Bridge.

It’s a short walk, making it perfect for a little Sunday afternoon stroll. At one end you have a pub, and at the other, you have a more modern arrangement of restaurants and cafes.

As it is a circular walk, it doesn’t really matter where you start, but let’s say you start at Chelsea Bridge because that is nearest to train links.

I use the word nearest loosely as Battersea is known for being a bit off the grid, in that it doesn’t have the London underground (yet). The nearest tube is Chelsea, or alternatively Queenstown Road and Battersea Park overground stations. If you are being , you can get a boat.

I’m not even joking.

Oh, and one more thing. I went back to do this walk so I could track it and get some photos, but I started from a different point to which I’m describing. I have also used some photos taken on another day. As such you will notice the sun is setting in some photos then next thing it becomes daytime again. Ignore that. In reality, the sun will not set, then rise as it seems to do in the timeline.

I will give more detailed instructions on how to get here at the end.

Starting at Chelsea Bridge, side next to Battersea ark, walk over it to get your first view of my London Bridge. Albert Bridge. It may not look that impressive if you compare it to the likes of the famous Tower Bridge, but at night it’s all lit up like a fairy and is all cute and magical, tucked away from the central London madness. But we will talk more about that later. Right now, let’s talk about Chelsea Bridge.

This is the second Chelsea Bridge. The first one, 1858, was called Victoria Bridge. However, it wasn’t very safe so renamed Chelsea Bridge so that if it collapsed there would be no ties to the royal family. It was then demolished to make a safer bridge in 1937. It is grade II listed. For those of you not from the UK and don’t know what this means, it means it’s very important and historic so it be altered without very special permission.

I actually used to live in the building next to Chelsea Bridge, and once a week there would be hoards of motorcyclists gathered here. I never thought anything of it, they were just always there. Well, my friends, I have just for the first time looked into it. Why it took me over a decade to ask ‘why’, I don’t know.

So, the tradition started in the early , and they would gather here to race across the bridge on Friday nights. It’s not a very long bridge, so have been short races.

Once over the bridge turn left to walk along Chelsea Embankment. At present there are road works on a small part of it, but once past those you will get a feel for the poshness of the area. The borough of Kensington and Chelsea is known as the poshest neighbourhood of London, with some of the most expensive residential streets in England.

Walking along Chelsea Embankment you will walk past Cheyne alk, a street that has had an unusual amount of famous and important residents. At the time of writing, 10 homes here have been awarded blue plaques.

Fun fact: This used to be a very stinky area, then in 1874 the embankment was built to cover sewer system.

Walking along the Chelsea Embankment, there are a number of benches if you wish to rest and admire the view across the river of the green of Battersea Park and the peace pagoda (more on that later).

You might even catch some people kayaking along the river. I didn’t know this was a thing until I saw it. I immediately looked it up and (some time later) booked myself on a tour to kayak on the River Thames right up to Big Ben and the London Eye.

Painted baby pink, blue and green and lit up with 4000 (low energy) light bulbs at night, I would argue that it is the prettiest bridge in London.

I find Albert Bridge quite peaceful, leading from the immaculate Chelsea Embankment to the green of Battersea Park, it is one of the least car traffic heavy bridges in central London. But there is a reason for that….

It has earned the nickname ‘the trembling lady’, because, well, it’s a bit shakey. I walk or cycle across this bridge almost every day and I can confirm that fact.

Measures have been put in place to restrict the size and number of vehicles that can cross it, you know, so it doesn’t collapse.

With its proximity to the (now closed) Chelsea Barracks, signs were put in place to warn troops to break step when marching across the bridge.

Built in the 1800’s, Albert Bridge was originally a toll bridge, however, this only lasted a few years as many people contested it. The tollbooths remain in place and are now the only surviving bridge tollbooths in London.

I mentioned earlier that this is my favourite bridge, more so than the famous Tower Bridge, well, interesting fact, these two bridges are the only two original road bridges in central London. All the others have been replaced.

Just like Chelsea Bridge, it is grade II listed.

Once over the bridge, you have the Prince Albert pub. A very traditionally English gastropub, here you can stop for a drink or maybe Sunday Lunch.

Turning into Battersea Park, keeping left, you will be walking along the riverside promenade. Now, I have to say, Battersea Park is my London park. Maybe it’s a nostalgia thing as I have spent a large chunk of my life living in Battersea, so it’s very familiar to me. I have childhood memories of playing in the area. Then as I got older, I would regularly run around and through it (I say used to because I cannot run anymore due to a hip injury). My family home used to be high up in one of the buildings overlooking the park, and we would have a good view of the fireworks display on bonfire night.

I could talk a lot about all the things Battersea park has to offer, but that’s a story for another blog post. For now, we will focus on the promenade. A well kept path, running alongside the River Thames. Popular (but not too popular) for walkers and dog owners.

With views across the river to Chelsea, the house boats, both Chelsea Bridge and Albert Bridge, and even the Shard way in the distance.

About along is the peace pagoda.  It was offered to the people of London, in the , by the Nipponzan Myohoji Buddhist Order. It is one of two in the UK, and one of 80 around the world.  You can read a bit more about it on the Time Out website.

Continuing along, you will walk under a mini wooded area. before ing the ornate gates of the entrance to the park, marking the end of the circular walk (if this is where you started).

Where to eat or drink

As mentioned earlier, you have the Prince Albert pub, located on the Albert Bridge side. On the Chelsea Bridge side, across the road from the park is a food truck, which is quite popular. People come from all over to get a burger or hot dog from here. Or you can walk on the footpath under the bridge (from inside the park) which will take you to the Circus West village for a selection of cafes and restaurants.

How to get to Battersea Park

The London Underground is coming to Battersea Park, I don’t know when. But it’s coming. For now you have a few options:

Chelsea underground. Go straight out of the station, then take a left at the traffic lights. At the first bus stop you can take the 137 or 452. It’s actually not too far to walk, about 1 mile. So instead of getting on the bus, just continue on this road and you will soon reach Chelsea Bridge.

Queenstown road overground. You can catch a train here from Waterloo. Turn right out of the station, then at the park corner, turn right. At the end you will be at Chelsea Bridge.

Battersea Park overground. You can catch a train here from London Victoria.

The boat. The MBNA Thames Clippers lines RB6 and RB2 stops at Battersea power station. Once off the boat, turn right and you will reach Chelsea Bridge.

I’m very fond of the river, so much so that I chose my latest home specifically because it is next to the river with access to a pier so that I could commute to work on a boat.

I have walked along lots of it, north side, south side, east, central, west, under, over. Basically, it’s my home…that was meant to be a joke, but as I live next to it, it kind of is. Where I am leading with this is that I know it well, and although the Battersea Park walk is my favourite section, it is not the only great one. If you head more central I recomend walking along the river in Westminster for some great views of lots of London Landmarks.

Pin it for later:

How to go kayaking in London along the River Thames

How to go kayaking in London along the...

Its my favourite too 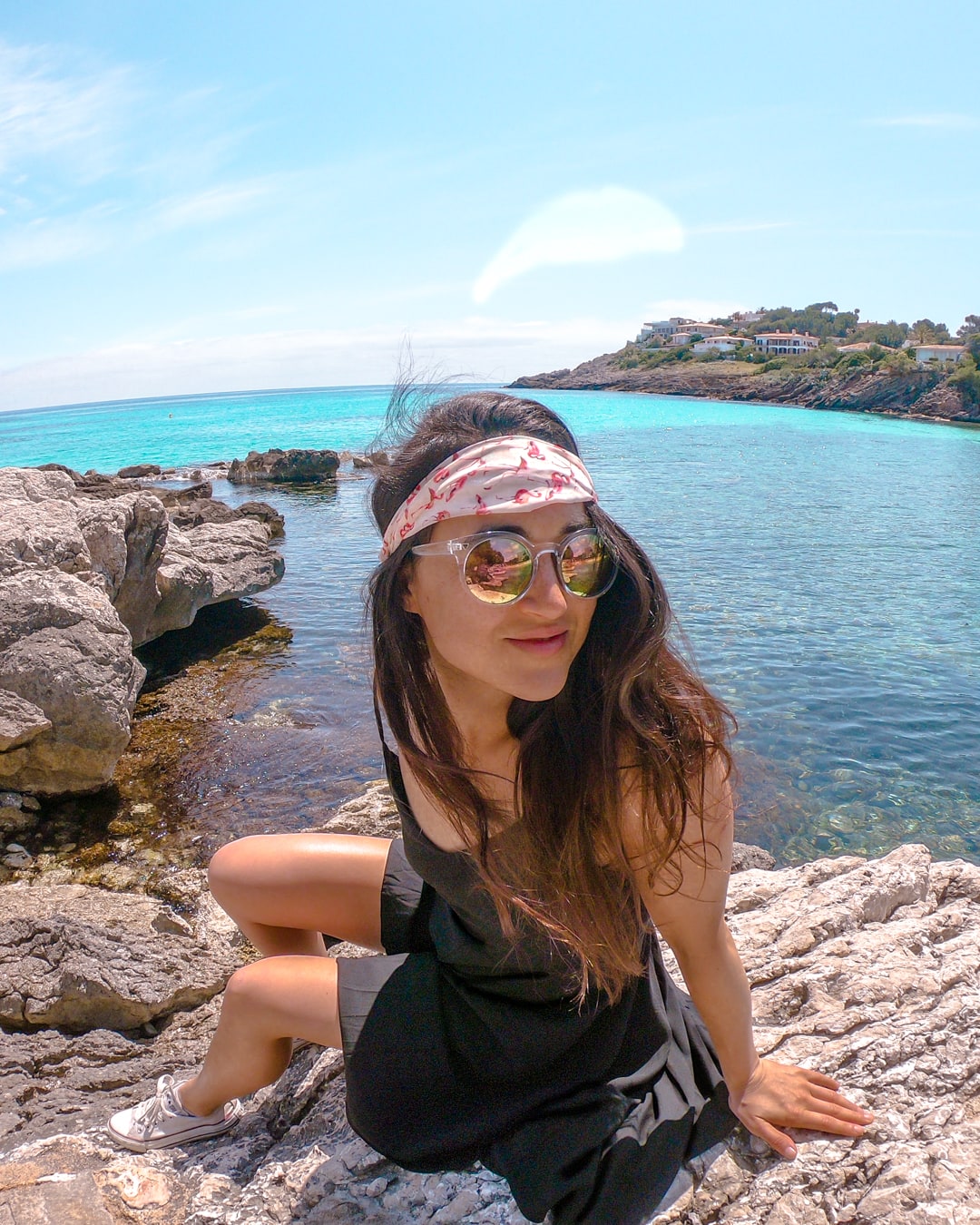 Hey guys, my name is Zoe and welcome to my blog about travel and adventure. If you have been here before and you notice that the England hiking posts are missing, well that's because I have only gone and started a second blog. That one is dedicated to all things walks and hikes in England. You can find me over at shewalksinengland.com. I will continue to post in here as well about my other adventures. If you have any questions please feel free to leave a comment or send me an email, I'd love to help :)

Sign up for all the latest on the blog

This website uses cookies to improve your experience. We'll assume you're ok with this, but you can opt-out if you wish. Accept Read More